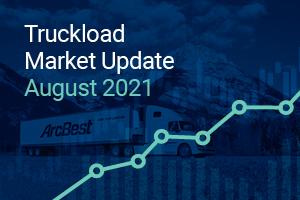 Analyzing the fluctuations in truckload rates and capacity

If you have been close to the truckload market over the last several years, you know that it has been marked by extreme volatility. Natural disasters, government regulations, wavering consumer confidence, geopolitical forces and a global pandemic have all impacted the cost of transportation. Analyzing the fluctuation in truckload rates is one of the best ways to gain a historical perspective on market volatility. And one of the best ways to evaluate these rates is through the Producer Price Index (PPI) for general freight trucking.

The PPI, published by the Bureau of Labor Statistics (BLS), is one of the most widely used measures of price changes for the transportation sector. These are the prices charged by producers of transportation services. The PPI for a mode of transportation measures the average change in the selling prices received by producers. For example, the rail producer price index is based on a survey of railroad prices charged to shippers. The PPI for trucking services measures the average change over time in the selling price for trucking services.

The line in the following chart illustrates the month-to-month fluctuation in the PPI for long-haul freight. For many, this line represents a roller-coaster of challenges and opportunities. The labeled callouts represent only a handful of critical events. No doubt, there are hundreds of other factors that impacted rates over the last several years. 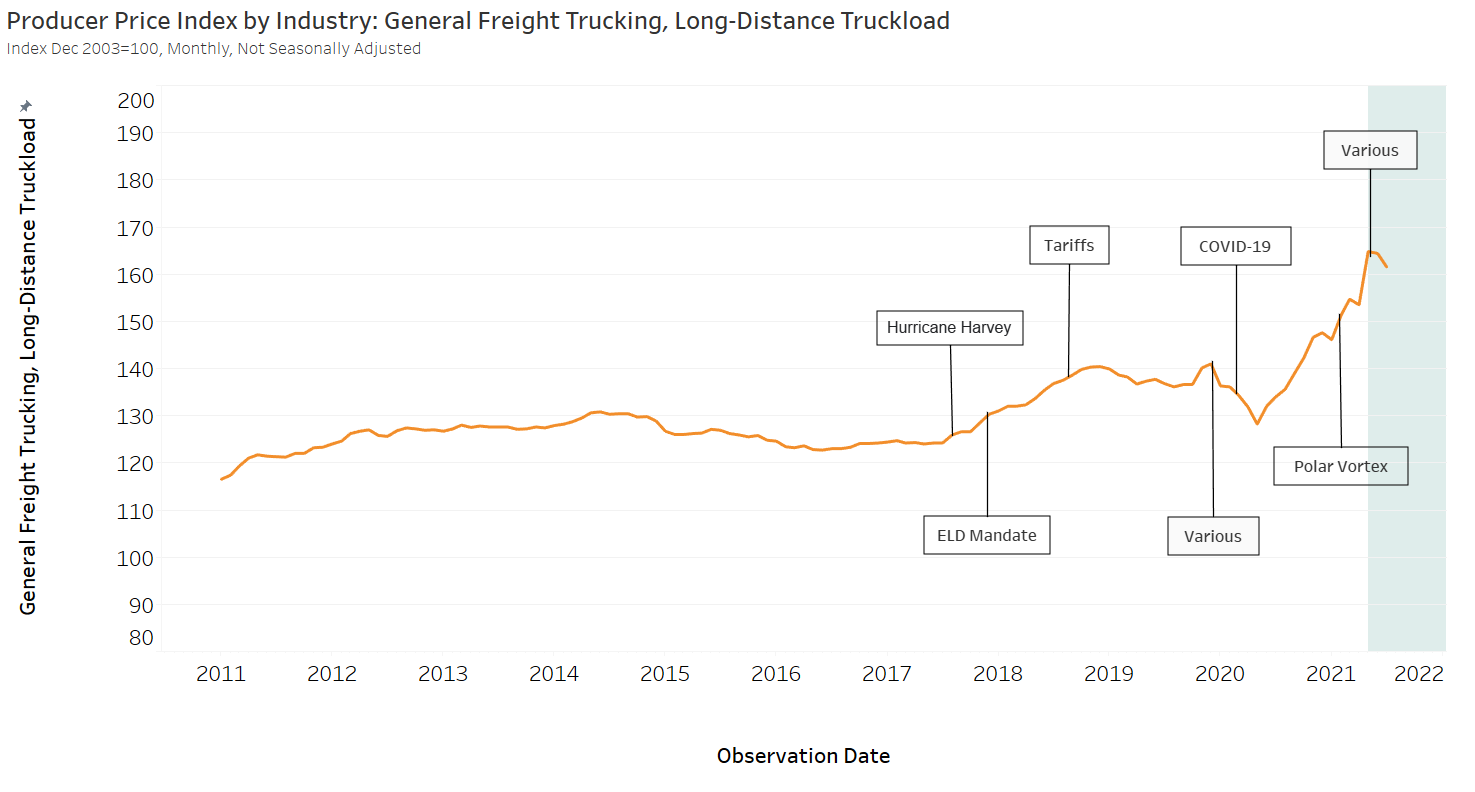