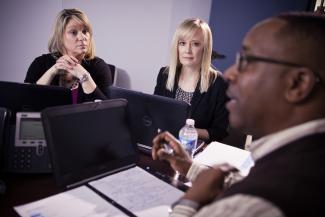 Shipping from the U.S. to Canada

How valuable is U.S.-Canada freight? It’s worth billions of dollars a month, with roughly 60 percent being carried by truck.

But what’s even more interesting is that the value of U.S.-Canada freight exceeds that of U.S.-Mexico freight — by several billion dollars a month.

Actually, Canada ranks as the top U.S. trade partner, followed by China and Mexico, according to the U.S. Census Bureau. From 1993 (pre-NAFTA) to 2013, U.S. exports to Canada soared 319 percent,the Office of the U.S. Trade Representative says. In 2013, about $1.4 million in goods and services were exchanged every minute between the U.S. and Canada.

“The United States and Canada have a unique bilateral relationship. Aside from addressing joint energy, environmental and security concerns, the U.S. and Canada remain strong trading partners,” according to U.S. Sen. Maria Cantwell.

If you’re looking to ship freight to Canada, ArcBestSM can help navigate the Canadian customs process.

In September 2015, the value of U.S.-Canada freight totaled $48.3 billion, according to the U.S. Bureau of Transportation Statistics. Trucks carried 59.1 percent of that cargo, the bureau says.

By comparison, the value of U.S.-Mexico freight in September 2015 added up to $45 billion, according to the transportation bureau. Trucks carried 72.8 percent of that freight.

At $74.2 billion, Michigan led all states in U.S.-Canada freight in 2014, the bureau says. Michigan was followed by, in descending order, Illinois, Texas, California and Ohio.

Vehicles represent the top commodity for U.S.-Canada freight carried by truck. In all, the U.S. exported vehicles worth $51.7 billion to Canada in 2013, according to the trade representative’s office. The value of vehicles imported from Canada totaled $55.7 billion in 2013.